During his youth, spending glorious summers in Susquehanna County, PA, Joe Fili fell in love with bluegrass music . When an opportunity to study fiddling with former Monroe Blue Grass Boy, Gene Lowinger, came along, he dived in and hasn't looked back. Joe was the fiddler for the bluegrass band Groundspeed, which won the New Jersey State Bluegrass Band competition in 1993, and for 24 years he fiddled for Old Time Country Music Hall of Fame member Jim Murphy, whose band, The Pine Barons, won the Traditional Music Association's Band Of The Year award in 1998. Joe is also a hard-working violin luthier, repairing, setting up, restoring and selling fiddles. www.filiusfiddles.com His major shortcoming to date has been his failure to get Louie to wear a hat onstage. 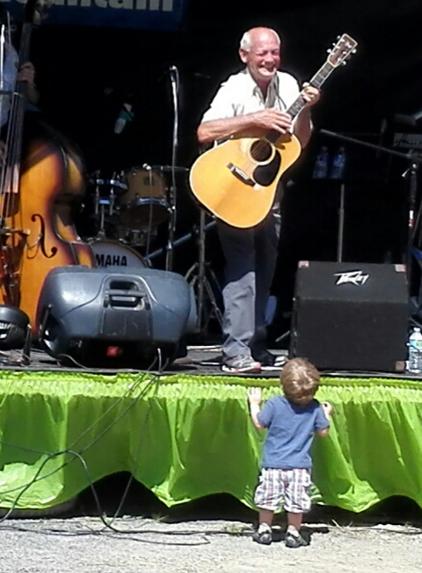 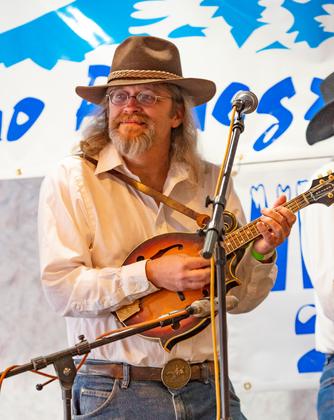 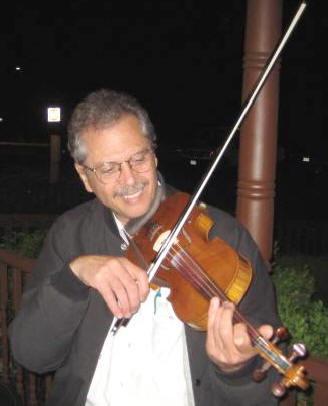 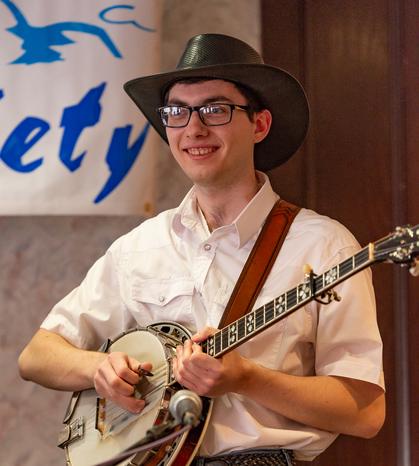 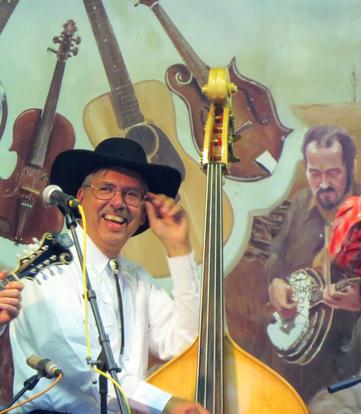 Jeff Propert had the seeds of music planted within him at an early age. Amongst his earliest memories are family gatherings by the banks of Lake Wallenpaupack, PA. His family would rent a cabin, bring their musical instruments, and play them by the campfire ‘till the late hours. On those summer nights, he would often fall asleep  to the music of his grandparent’s era--a style known today as “Old Time” music. At age 15, he asked his mother to show him some guitar chords. By next summer, rather than just a spectator, Jeff was participating in the “family band”. Inspired by some multi-instrumentalists in his family, he began collecting and playing various stringed instruments.

During his college years, he needed a way to make extra money while attending school. Not being able to find a job with compatible hours, he formed a Bluegrass band with a group of friends. This was the first of many professional bands to follow. Jeff Propert has been affiliated with bands opening for acts in the bluegrass world including Doc Watson, James King, Karl Shifflett and Ricky Skaggs. In Florida, he had the opportunity to share the stage with Larry Rice for two performances.

Jeff Propert currently performs on a regular basis with various bands around the New Jersey area. Once a year though, he sets his bookings aside for one week. Returning to that same old lake with his family, he continues to play music with them around the campfire. After all, that’s how the music in Jeff’s life began.

Dave MacDonald​​
Known as "Uncle Dave" on the festival circuit, Dave grew up in a family that loved and listened to bluegrass and country music at every opportunity. As Dave says, "There were times we would listen to records all night long and wouldn't even put the TV on!" As a youngster, Dave got to see many of the early stars of bluegrass. After learning to play bass, Dave experimented with other genres of music, but he soon realized how much he missed traditional bluegrass. He was drawn back and never strayed. Along with legendary NJ bass player, Randy Bailey, Dave is just about the most in-demand bass player at Albert Music Hall, NJ's Grand Ole Opry.

Louie Setzer
I was born into a large family with three sisters and five brothers. I lived on a farm growing up. I would say that my Mother was the one person who gave me my love for music of any kind.

After high school, I played drums in a rock band with a few friends for several years. Then I went into the Army where I learned to play guitar and sang with friends. After leaving the Army, four of my brothers and I formed a Country band. We played local bars, carnivals, parties and so on.

I don't really know what made me go to my first Bluegrass Festival, but I did. I was so impressed with the fact that there were No electric instruments and the harmony singing just blew me away. Then I started traveling all over just to find anything to do with Bluegrass...I was hooked!

By 1971 I was getting tired of running all the time to find Bluegrass music, so I thought, maybe there are some people in this area who would like to play or hear this type of music. I decided to form the AFBA (Appalachian Friends of Bluegrass Association). Wow! I am still amazed to this day how many people responded. It has done nothing but grow and grow, of which I am damned proud.

I formed my first band in 1972, mainly just to play at our monthly Shindigs. Someone asked us to play for a birthday party (no money),  just for fun. Then people were asking us to play for all kinds of things, and before you knew it, our little back porch band was being recognized. We were playing all up and down the East Coast at shows and festivals. This went on until 1997 when tragedy struck my family. I totally gave up music from 1997 until 2004 (never even looked at my guitar).

Then I ran into an old friend, and he talked me into going to a Bluegrass show and I was asked to play. It blew my mind. It was as if I had never stopped playing. It felt great, and needles to say, I couldn't stop. I put together a new band starting with one old band member, bass player Ron Penska, and I have been playing ever since. I guess the whole thing can be summed up by saying, "Once Bluegrass music gets in your blood, It is there forever."

People everywhere we go really respond to our shows. They always compliment me on my vocals and the harmonies. I will tell you this much, I don't care if you're the best singer in the world, if you don't have good musicians backing you up, your not much to see. I am very lucky to have the Appalachian Mt. Boys. These guys know their stuff. They make the band and me really look and sound great. I owe my success all to them.

Unlike most other bluegrass musicians, Justin did not have a lot of early influence listening to or playing bluegrass, growing up in the middle of suburban New Jersey. But at the recommendation of a close family friend, he started listening to some bluegrass classics around the age of 13 and slowly became hooked on the music. In particular, the song “Foggy Mountain Breakdown” by Flatt and Scruggs amazed him because of its speed and energy. After listening to that song, Justin knew he wanted to learn to play banjo.

Justin learned to play by reading tablature, taking lessons, and listening closely to recordings of some of the masters of banjo. One of Justin’s most influential teachers was Chubby Conine, who was an Appalachian Mountain Boy himself. Furthermore,  Justin really honed his skills by attending jam sessions and playing with others. Justin was asked to fill in onstage for informal performances within a year of learning to play. Though he was nervous at first, he soon became confident and found a great group of musicians to play with for years to come. Every year, he goes to various bluegrass festivals for late nights of picking with musicians he has met through the years, including many of the current band members.

Justin is very excited to be a full time member of The Appalachian Mountain Boys and is looking forward to seeing you all at festivals and performances to come!